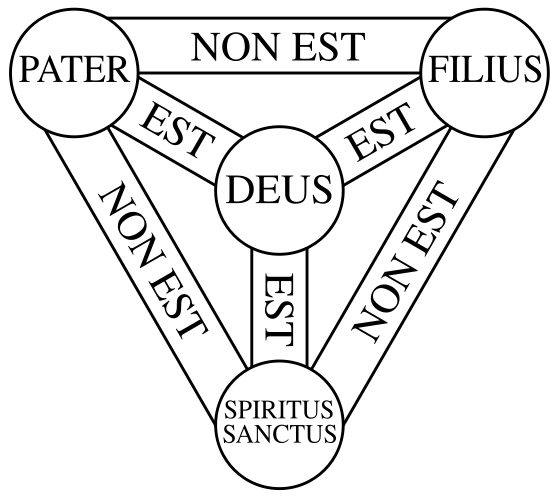 Though essential to the Christian faith, the doctrine of the Trinity is difficult to grasp. It is the belief in one God, not three, that exists with three centers of personhood, not one. Three persons in one divine nature. Jesus is God, the Father is God, and the Holy Spirit is God. Yet all three exist as one God.

The Trinity is the belief in 1 God, not 3, that exists with 3 centers of personhood, not 1.

In trying to understand this doctrine, it is easy to become confused. Many people have misinterpreted the Trinity to consist of three gods. This would mean that Christianity is a form of polytheism, or a belief in many gods.

But Christianity emerged from Judaism. Judaism is fiercely monotheistic, and Christianity has maintained that conviction. Even within the doctrine of the Trinity, Christianity remains monotheistic. The doctrine affirms that there is one and only one God, which is consistent with biblical teachings.

While some misinterpret the Trinity to be polytheistic, others err on the side of modalism (or Sabellianism). This is the belief that God expresses himself through different forms or modes. There are not three individual persons; there is only one person who wears three different hats.

In modalism, it is as if God is in a one-man play. He shows up dressed as the Father for a while, then goes backstage and returns as the Son (Jesus), and then puts on a mask and becomes the Holy Spirit. There are churches today that teach this view of God, which is often referred to as “Jesus-Only” or “Oneness” theology. But in the vast majority of Christian churches, this is considered to be heresy.

The doctrine of the Trinity is rooted in the teachings of the Bible. In the Bible, there are times when all three persons of the Godhead are referred to or are present in the same place at the same time. Like at the baptism of Jesus, when the Holy Spirit descended like a dove and God the Father spoke from heaven. (See Luke 3:21-22.) All three persons of the Trinity were present at that event.

In another passage, the apostle Paul writes, “May the grace of the Lord Jesus Christ, the love of God, and the fellowship of the Holy Spirit be with you all” (2 Corinthians 13:14, New Living Translation). It appears that Paul is referring to three different persons, not one.

When Jesus prayed, He prayed to the Father. And before Jesus left his disciples, he promised he would send the Holy Spirit to them. It is clear that these were not different manifestations of the same person. They were three individual persons, each considered to be the one God.

The doctrine of the Trinity is mysterious. It is difficult to grasp because it is unlike anything else in earthly existence. Yet it is a rational doctrine consistent with the teachings of the Bible: there is one God who exists as three persons.