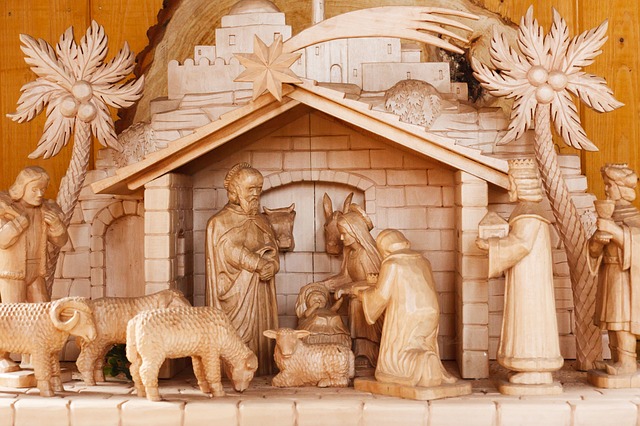 Of course, several people say Christmas is all about Santa Claus. According to a MSNBC poll, 86% of us believed in Santa as a child.  Some of us never stop believing!

Then there are those who will mention that Christmas is about the birth of a baby named Jesus. They will even read the Christmas story from the Bible and go to a Christmas Eve service every year.

Is it possible, though, that Christmas isn’t about any of those? They may play a part in our celebration of Christmas, but they are not really what Christmas is meant to celebrate.

Christmas celebrates the birth of Jesus, THE SAVIOR.

Christmas celebrates the birth of Jesus, THE SAVIOR.

Those two words make all the difference. Without those two words, the birth of Jesus is just a nice story about something that happened a long time ago. The fact that a baby named Jesus was born is certainly no reason to go on celebrating for 2000 years. However, the fact that this Jesus who was born is also THE SAVIOR is plenty of reason to celebrate.

“On the night Jesus was born, there were shepherds taking care of their sheep in the fields on the outskirts of Bethlehem. There they were, minding their own business, when suddenly an angel appeared right there among them. This angel had a bright shining light radiating around him, and the shepherds were understandably terrified! But then the angel said: ‘Don’t be afraid! I bring you good news that will bring great joy to all people. The Savior—yes, the Messiah, the Lord—has been born today in Bethlehem, the city of David!’ (Luke 2:10-11, New Living Translation)”

Imagine… what if the angel had shown up and said, “A baby’s been born.” How do you think the shepherds would have reacted? They would still be frightened by the appearance of the angel, but would the announcement have carried the same weight? Would they have left the sheep alone in the field in order to stumble their way through the darkness to the town of Bethlehem? Would they have bothered to search for the baby to see Him for themselves? Probably not. They may have found the announcement interesting, but it would not have changed their lives.