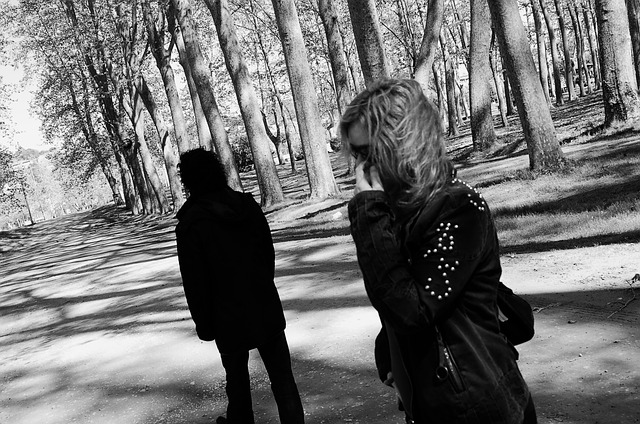 Whether you are dealing with a spouse, a friend, or a coworker, relational conflicts are inevitable. Misunderstandings, words spoken in anger, and inconsiderate actions can cause damage to relationships. Sometimes the wrongs are real, and other times they are merely perceived. Either way, the wounds are genuine.

So when a relationship has been damaged, how can you make it right? Is reconciliation even possible? Mending a broken relationship is difficult, but following these six steps can help move you toward healing.

Regardless of who has caused the damage in the relationship, take it upon yourself to make it right. Whether they have wronged you or you have wronged them, take the initiative. Do not wait for them to come to you; you go to them and genuinely strive to make amends.

Your responsibility is to take the initiative to mend the broken relationship.

2. Refuse to feed the fire.

Bickering and gossiping do nothing to fix a broken relationship. Rather, it feeds the fire and causes more damage. “Love prospers when a fault is forgiven, but dwelling on it separates close friends” (Proverbs 17:9, NLT).

Conflict over a specific issue should not be permitted to devolve into character assassination. That only drives the wedge deeper. When you meet to discuss the issue and seek reconciliation, then, focus on the issue at hand. Do not lower yourself to attack the person or their integrity. Such attacks only build barriers and prevent the relationship from being repaired.

While seeking reconciliation, guard your tone and avoid accusations. Otherwise, you may put the other person on the defensive, eliminating the possibility of working toward a resolution. Instead of harshly pointing the finger, focus on describing your own feelings of anger, pain, or resentment. Speak in a vulnerable manner, allowing the other person to ask questions to clarify the situation.

While seeking reconciliation, guard your tone and avoid accusations.

If you have caused the damage to the relationship, admit it. Do not attempt to deny it, deflect it, or defend it. Take ownership of what you have done and sincerely apologize. “Confess your sins to each other and pray for each other so that you may be healed” (James 5:16, NLT).

If you have caused damage to a relationship, do not attempt to deny it, deflect it, or defend it.

However, do not accept blame if you are truly innocent. Without become defensive, you can express your regret that there has been a conflict. Apologize if you did not communicate very well and your words were misunderstood. Offer a clarification if a perceived wrong was never your intent. Do not lie, however, by accepting undeserved blame.

If you are in the wrong and are able to make reparation, then do it. This may not always be possible or practical, but do what you can. If you have damaged their property, repair it or replace it. If you have harmed their reputation, set the record straight. If you owe them a sincere apology, consider expressing it with a thoughtful gift.

Zacchaeus the tax-collector understood the importance of repaying. When he encountered Jesus and realized how he had cheated others out of money, he declared, “if I have cheated people on their taxes, I will give them back four times as much” (Luke 19:8, NLT)! Follow the example of Zacchaeus by going above and beyond in order to compensate for your wrongdoing.

5. Identify the cause of the conflict and correct it.

Relational problems are often caused by personality conflicts. If you have a personality defect which contributed to the conflict, then recognize it and take steps to improve it. Was the conflict the result of edginess, irritability or selfishness? Were you rude, moody or judgmental? Are you prone to jump to conclusions? Do you come across as arrogant or obnoxious?

If you can identify traits within yourself which contribute toward relational conflict, then you can take strides to avoid similar conflicts in the future.

They say time heals all wounds. But that is only true when the wounds are treated in a timely manner. Otherwise, wounds can become infected and cause even greater problems. It does not take long for anger to turn into bitterness, so act quickly.

They say time heals all wounds, but this is only true when wounds are treated in a timely manner.

If you follow these six steps, you will have given your best effort toward healing a broken relationship. How your efforts are received is beyond your control. But at least you will have the satisfaction of doing your best. And in most cases, you will find that the relationship will heal and become even stronger.