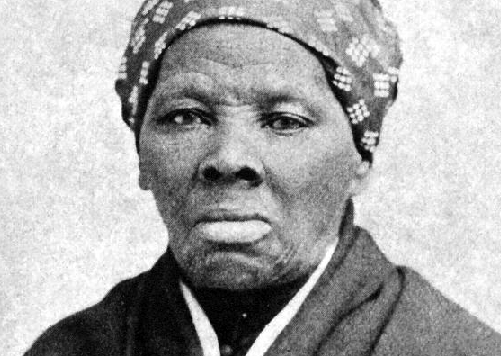 She wasn’t a very impressive woman. She stood about five feet tall, was in her late 30s, and wore cheap clothes. She couldn’t read, she couldn’t write, and if she were to smile at you, you would see that her top two front teeth were missing.

She lived alone. Oh, she had been married, left her husband without warning when she was only 29. He simply woke up one day and she was gone.

As for her employment, it varied. She mostly took domestic jobs in small hotels: scrubbing floors, making up rooms, and cooking. A couple of times a year, however, she would disappear for a while, only to return penniless and looking for work again. When she was working, she seemed to work hard. But she was also known to fall asleep on occasion—even in the middle of conversations—claiming it was the result of a blow to the head she suffered during a fight as a teenager.

Born Araminta Ross in Maryland in the early 1820s, Tubman started life as a slave. At the age of 13, while attempting to stop a white overseer from beating another slave, she took a blow to her head that nearly killed her. Her recovery took months.

When she was 24, she married John Tubman, a free black man. Whenever she talked about escaping to freedom in the north, however, he wouldn’t hear of it. In fact, he said that if she ever tried to leave he would turn her in himself. So when she decided to take her chances and head north, she did so alone, without a word to him. As far as she was concerned, she had a right to one of two things: liberty or death. If she couldn’t have one she’d take the other.

Tubman made her way to Philadelphia, the City of Brotherly Love, by way of the Underground Railroad… a secret network of free blacks, white abolitionists, and Quakers who helped slaves on the run. The year was 1849.

The very next year, though, Tubman risked it all when she decided to go back. She had vowed to return to rescue her family, too, so she started a new life as an Underground Railroad Conductor… someone who would find and guide out slaves with the help of sympathizers along the way.

Every summer and winter, she would work, trying to scrape together the money she would need for her trips to the South. Every spring and fall, she would risk her life by heading south and returning with more people.

Over the course of the next ten years, Tubman guided out more than 300 people, including many of her own family. She made 19 trips south in all, plus another 11 to deliver slaves into Canada. These actions earned her the nickname “Black Moses” due to her ability to go into the land of captivity and bring so many out of slavery’s bondage.

Jesus did the same thing for you and me.

The Bible tells us, “By his one sacrifice he has forever set free from sin the people he brings to God” (Hebrews 10:14, CEV). Jesus Christ gave His life to rescue us. He entered into Creation in order to take your place and mine, paying the penalty for our sin on the Cross. He then rose from the dead—proving that he has the power over life and death—and is now offering each of us forgiveness and a new life with Him.

Don’t let the opportunity pass you by. Jesus loves you, and he went to great measures to prove it. What are you going to do with Him?

Jesus loves you, and he went to great measures to prove it.