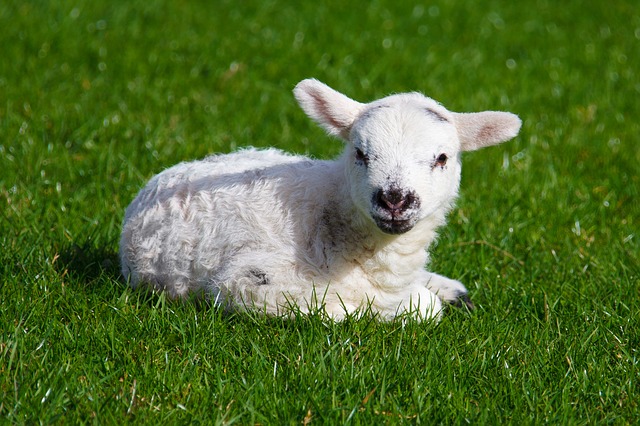 John the Baptist was a bit eccentric. Okay, maybe more than “a bit.” If he were alive today, he might even be put in a padded room. John lived in the middle of nowhere, his diet consisted of locusts, and he wore animal skin clothing. Then, to complete his image, he traveled around shouting at people, “Repent, for the kingdom of God is near.”

At first glance, John the Baptist would have come across as rather strange. Still, people started to recognize that there was something special about him. They discovered he had some interesting things to say. It was as if he was some kind of a prophet—a prophet from God.

Then one day, as John was out preaching, Jesus happened to wander in his direction. John saw Jesus coming, so he told his audience, “Look! The Lamb of God who takes away the sin of the world” (John 1:29, NLT)! What did John mean, “the Lamb of God”? Though the statement was made in the New Testament, the answer lies in the religious rituals of the Old Testament.

The nature of the sacrifice would depend on your circumstances and the type of sacrifice. You might offer a sheep, a goat, a dove, a pigeon, a cow, or a ram. Your sacrifice might involve some wheat, flour, oil, or unleavened bread. The specific requirements for each kind of sacrifice were defined by the Mosaic Law.

When coming to offer a sacrifice, each family was responsible to provide the item(s) required. For Passover, however, the High Priest of Israel was responsible to choose the sacrificial lamb. He was to select one perfect, spotless lamb to be offered as a sacrifice on behalf of all Israel. That lamb was known as “the lamb of God.”

When John the Baptist pointed to Jesus as “the Lamb of God who takes away the sin of the world”, the listeners would have immediately known what John meant. They were quite familiar with the sacrificial system. To their ears, this declaration by John was one of the most profound statements ever uttered. It was powerful!

John the Baptist identified Jesus not just as “a” lamb; He was “the” Lamb. He was not going to cover up sin only for one year (requiring another sacrifice the following year); He would be the sacrifice for all the sin of the world for all time. The writer of the Book of Hebrews reinforced this when he wrote, “For God’s will was for us to be made holy by the sacrifice of the body of Jesus Christ, once for all time” (Hebrews 10:10, NLT).

As the Lamb of God, Jesus became the sufficient sacrifice for all the sin of the world for all time.

The Bible states that we have all sinned and fallen far short of God’s standard for our lives. Like a huge chasm, this sinfulness separates us from God. But the cross of Christ bridges that chasm. As the “Lamb of God,” Jesus became the sacrifice for all of humanity. It was on the cross that Jesus offered to take our sinfulness upon Himself, paying the penalty for our sin and offering us forgiveness in its place.