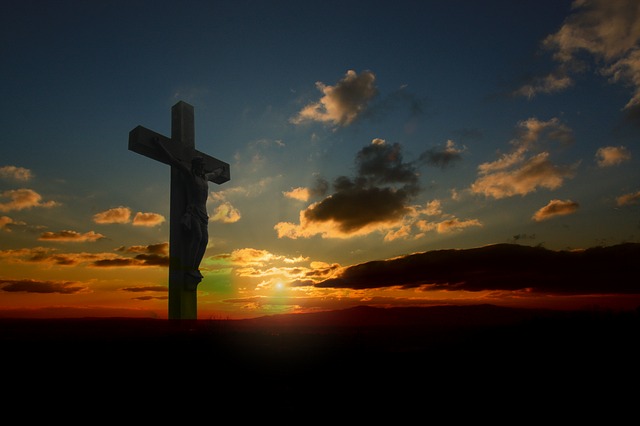 At that time in history, the Romans were ruling over all of Israel. The Jews detested this occupation of their territory, occasionally demonstrating their objection violently. Such was the case with Judas the Galilean, who led a rebellion against Rome around AD 6. In this revolt, Judas and his followers invaded the royal armory at Sepphoris, a city just six kilometres north of Jesus’ hometown of Nazareth. This resulted in swift and sudden vengeance from the Romans. Sepphoris was burned to the ground, its inhabitants were sold into slavery, and 2000 of the rebels were crucified on crosses. These crosses were placed along the roadside as a warning for others who might feel tempted to rebel.

It is quite possible—perhaps even likely—that Jesus witnessed this mass execution. For one thing, it was not far from where He lived. Additionally, it is speculated that Joseph (the adoptive father of Jesus) was employed as a carpenter in the rebuilding of Sepphoris. Jesus—a boy of about 10 years old at the time—may have tagged along to learn the family trade, which would mean He would have walked right past those crosses and the men crucified on them.

Even if Jesus did not see these particular executions, He would have had other opportunities. Crucifixions were not an uncommon sight in the first-century Roman Empire. Jesus knew about crosses and what they meant. He was also aware He would die on a cross Himself. For Jesus, the cross meant rejection, humiliation, and total submission.

Many wear crosses as jewelry; for Jesus, His cross meant people would laugh at Him and scorn Him.

Many people today wear crosses as jewelry and don’t think anything of it; for Jesus, His cross meant people would laugh at Him and scorn Him. It meant that He, the Son of God, would be viewed as a criminal. It meant physical, mental and emotional anguish. Jesus had all the qualifications of Deity, but He gave up all His rights and comforts as God for the cross.

Jesus had all the qualifications of Deity, but gave up His rights and comforts as God for the cross.

Why would Jesus do such a thing? The Bible explains that He endured the cross in order to pay the penalty for our sinfulness and to offer us forgiveness.

For without the shedding of blood, there is no forgiveness. (Hebrews 9:22)

God is a God of justice, and justice demanded that humanity be punished for its sinfulness. But He is also a God of love, and love calls for mercy. So God chose to come to earth Himself and serve the penalty for our sins on the cross. The Crucifixion expresses the extent of His love for us. On the cross that day when Jesus was crucified, God’s demand for justice and His desire for love intersected.

The cross is the crossroad where God’s justice and love meet.

The Cross is the crossroad where God’s justice and love meet.

As Jesus was hanging on the cross, He was stationed between two criminals on crosses of their own. They were being crucified alongside Jesus, and there was no disputing that they were guilty. In fact, they admitted that they deserved what they were getting.

One of the criminals heckled Jesus. He mocked Jesus. Right in the midst of his own suffering, he chose to throw insults toward Jesus.

But the other criminal spoke up in defense of Jesus. He challenged his counterpart, “Who do you think you are? You are a common criminal, just like me. We’re getting what we deserve. But this man… He has done nothing wrong!”

This second criminal recognized Jesus as the Messiah, and he asked Jesus to remember him when He entered His Kingdom. How did Jesus respond? Jesus told him that they would be together that day in paradise.

That criminal had made some bad choices in life, and he ended up dying for those choices. Yet on his cross, he made one good choice that made all the difference. He made the choice that, whatever was left of his life, he was going to give it to Jesus.

The cross is the crossroad where you reject or receive Jesus.

The choice is yours. Will you reject Him, or will you receive Him?

The cross is the crossroad where you reject or receive Jesus. The choice is yours.