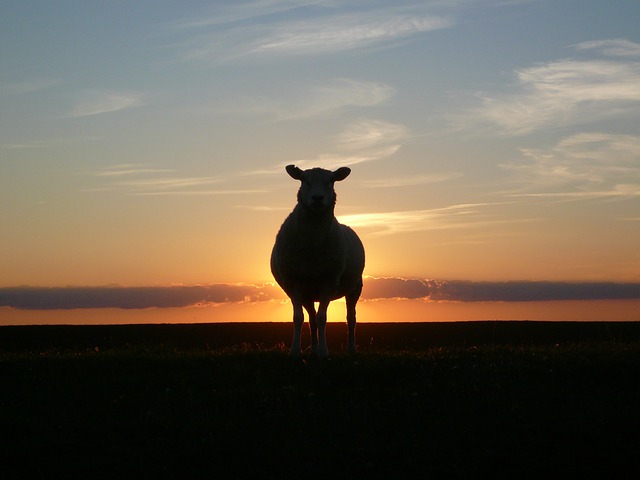 A common practice among first-century shepherds when evening came was to gather his flock into a cave, then lay down across the entrance. By doing so, he would be positioned to protect the sheep during the night from predators such as lions and wolves. In a sense, he would become the gateway to the sheep. Anyone or anything that came in would have to go through him, as would any sheep trying to leave. He was the shepherd and he was the gate, there to guard and protect the flock.

The Old Testament tells us that—as a teenager or perhaps even younger—David worked as a shepherd. One day while he was tending to the sheep, his father Jesse called him in from the field to ask him to deliver a message to his other sons, who were serving in the Israelite army under King Saul. After confirming the sheep would be taken care of, David departed.

David arrived where the soldiers were stationed just in time to hear Goliath from the Philistine army challenge the Israelite army. Goliath was a giant of a man, a fearsome warrior who defied the army of Israel to send their best soldier to fight him. Whichever one of them won the battle would win the war for his side.

When David saw that nobody—absolutely nobody—was willing to fight Goliath, he decided he would volunteer himself. King Saul, however, seeing how young and inexperienced David was, initially turned down the offer. But David pleaded his case: “I have been taking care of my father’s sheep and goats,” he said. “When a lion or a bear comes to steal a lamb from the flock, I go after it with a club and rescue the lamb from its mouth. If the animal turns on me, I catch it by the jaw and club it to death. I have done this to both lions and bears… The Lord who rescued me from the claws of the lion and the bear will rescue me from this Philistine” (1 Samuel 17:34-37, NLT)!

David had worked as a shepherd, and he considered protecting the sheep as a key responsibility. Facing and conquering Goliath was no greater a task than protecting the flock under his care.

Likewise, Jesus protects His sheep. As the Good Shepherd, He positions Himself as the Gate. Evil and danger may still prowl about, but they cannot harm a soul under the protection of the Good Shepherd.

Evil and danger may prowl about, but they cannot harm a soul under the protection of the Good Shepherd.

However, the sheep must cooperate. He is the Gate; we come in through Him. He speaks and leads as we listen and follow.

Conversely, if we ignore His voice and wander away from the flock, we become much more vulnerable to attacks by predators. Satan is like a roaring lion seeking who he can devour, preying on sheep who wander from the Good Shepherd (1 Peter 5:8).

Choose to rest in Jesus. Stay close to Him and listen for His voice. Accept Him and follow Him as your Good Shepherd. Lean into Him, allowing His grace and providence to work in your life. As you draw near to Him, He promises to draw near to you. The Creator of the Cosmos wants to embrace you, watch over you, and protect you as a shepherd cares for his flock.

The Creator of the Cosmos wants to embrace you, watch over you, and protect you as a shepherd cares for his flock.