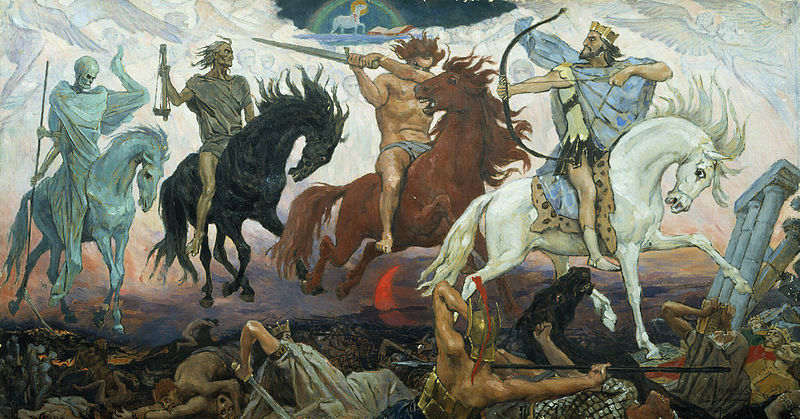 Many Christian believers admit to a certain fascination with the biblical book of Revelation and other apocalyptic scriptures. Though some develop a potentially unhealthy fixation on the events of the End Times, most are simply curious about the meaning of prophecies concerning the End Times and how everything is supposed to play out.

According to tradition, the book of Revelation was written by John the Apostle late in the first century while he was living in exile on the Greek island of Patmos. While John was there, God gave him a vision—a revelation—of things to come. John recorded this vision in his book, which is now included in the Christian Bible.

The challenge for readers today, though, is that much of the book is written with imagery and symbolism. John himself had a difficult time understanding what he was seeing and then conveying it to his audience, so it is no wonder that readers nearly 2000 years later have trouble understanding it, too.

As a result, a variety of theories have arisen to interpret John’s writing. Most of these theories attempt to identify future events and place them on a timeline. Though the details may vary, there are three events that the vast majority of New Testament scholars do agree on: the Bible foretells a time of tribulation, there will be a Rapture for those who have placed their faith and hope in Jesus, and someday Jesus will return.

1. The Tribulation. The Bible clearly predicts a time of trouble and distress that is expected to last for seven years. What is not so clear is what this time will entail. Using the imagery of seven seals on a scroll being opened, seven trumpets being blown in succession, and the content of seven bowls being poured out, John tells of a series of disastrous events. The interpretation of John’s vision has led most to conclude that John witnessed a series of plagues, wars, earthquakes, famines, volcanoes, and meteor strikes. While there is a supernatural element to the cause of these disastrous events, the events themselves appear to be mostly natural. The Tribulation is also to include the rise and rule of the Antichrist, though there is disagreement on who or what the Antichrist will be.

2. The Rapture. As recorded in Revelation and elsewhere in biblical prophecy, the Rapture is when all believers will suddenly and without warning be taken away into Heaven. In describing this event, the Bible depicts how two people will be together when suddenly one will be gone and the other left behind. Throughout most of Church history, believers have understood that the Rapture would occur at the end of the Tribulation. Over the past two centuries, however, popular opinion has shifted to reflect a pre-Tribulation Rapture. There are also those who take a mid-Tribulation position, which itself has variations.

3. The Second Coming. When Jesus came the first time as a baby, very few people knew of his arrival or acknowledged him as being divine. However, according to prophecies about the End Times, Jesus’ Second Coming will be with such power and majesty that it will be impossible to ignore. Jesus will be returning to bring judgment upon humanity, rewarding those who have placed their faith and hope in him while turning away those who have rejected him.

Jesus’ Second Coming will be with such power and majesty that it will be impossible to ignore.

Much debate surrounds the meaning of apocalyptic Scriptures and the specific sequence of events, even among believers. These three events, though, represent the common ground among believers around the world and throughout the centuries. While the Christian faith allows for a range of interpretations concerning prophetic writings, most theologians hold that these three events epitomize the core teachings of Christianity regarding the End Times.